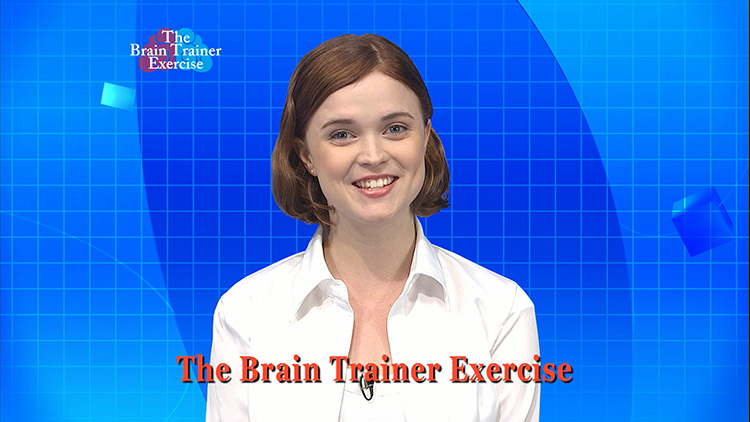 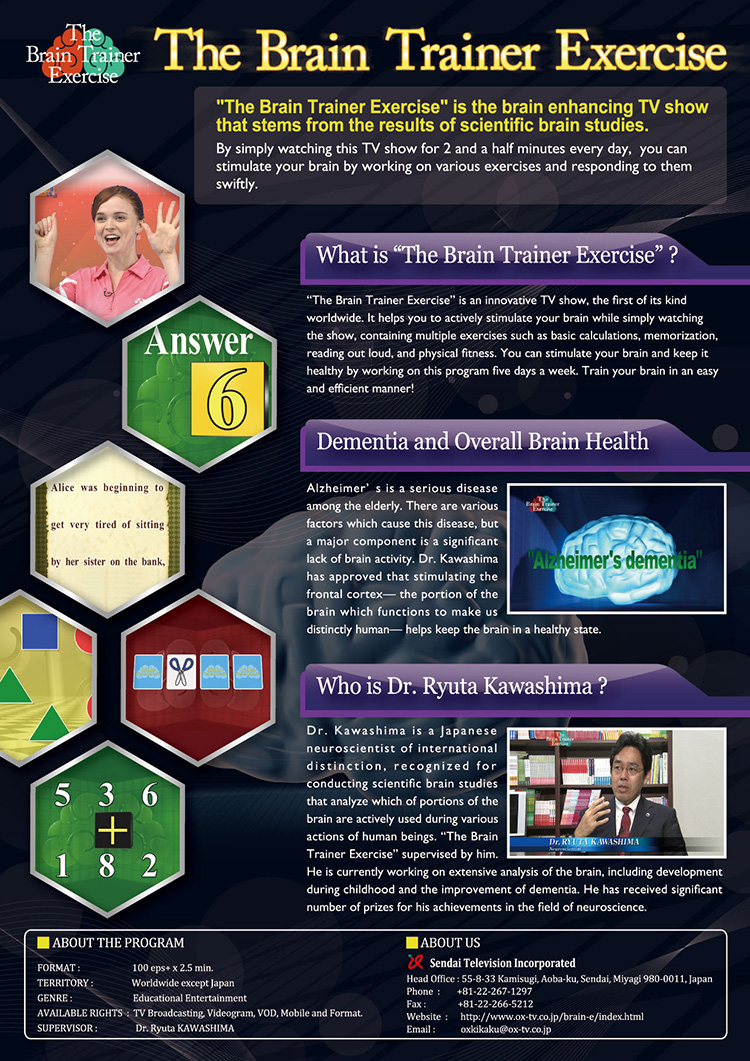 Alzheimer’s is a serious disease among the elderly. There are various factors which cause this disease, but a major component is a significant lack of brain activity. Dr. Kawashima has approved that stimulating the frontal cortex- the portion of the brain which functions to make us distinctly human- helps keep the brain in a healthy state.

Dr. Kawashima is a Japanese neuroscientist with international distinction, recognized for conducting scientific brain studies that analyze which of portions of the brain are actively used during various actions of human beings. “The Brain Trainer Exercise” is supervised by him. He is currently working on extensive analysis of the brain, including development during childhood and the improvement of dementia. He has received a significant number of prizes for his achievements in the field of neuroscience.

It’s been said that the brain is never active while watching television. However, “The Brain Trainer Exercise” was born as the world’s first TV program that activates the brain, and has therefore been gathering worldwide attention. Currently, the program is broadcasted in not only Japan, but also on the national network of Thailand.

We at Sendai Television would like to share Dr. Kawashima’s research results that I previously described, to help the rapidly aging world in which we live.