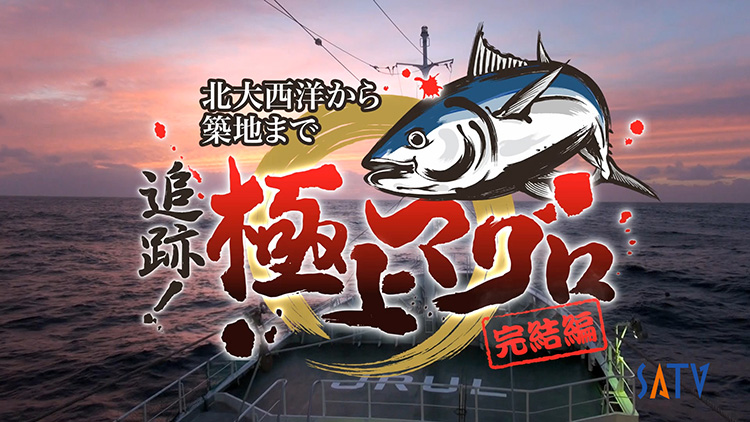 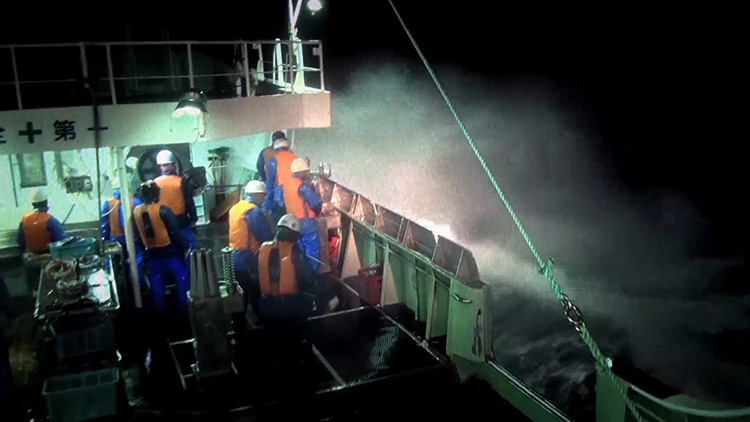 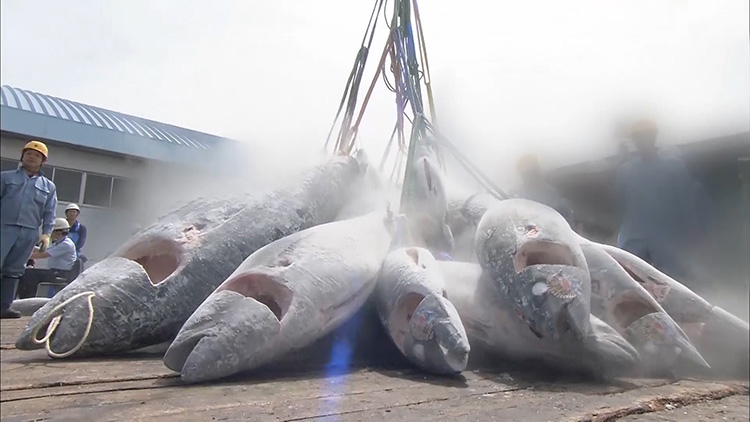 An SATV Japanese TV crew spent over a month filming tuna fishing in the North Atlantic for the first time.

A reporter, cameraman and 23 other fishermen departed from Las Palmas, off the northwestern coast of Africa in the Canary Islands, heading for the coast of Ireland.

This documentary presents extraordinary footage of the fishermen who risk their lives to fish bluefin tuna also known as “black diamonds”, in the very cold and rough North Atlantic.

It follows the historic “Hae-Nawa (longline)” fishing technique. Along the 150 km “Miki-Nawa (main line)”, fishhooks with bait are set atop over 3,000 shorter “Eda-Nawa (branch line)”. It takes around 5 hours to throw the lines and more than 13 hours to pull them back in.

Although the average tuna fish weighs about 170kg, during filming, a super-giant tuna weighing 392kg was caught. Upon being caught, tuna is immediately frozen at minus 60 degrees Celsius. Then six months later, the fishing vessel arrives at Yaizu Port, the largest fishing port for tuna landings in Japan. Viewers can watch tuna auctions at the Tsukiji Fish Market and follow those who eat the 392 kg super-giant tuna.

It also offers an insight into the unexplored fisherman’s lifestyle as they live, eat and work. 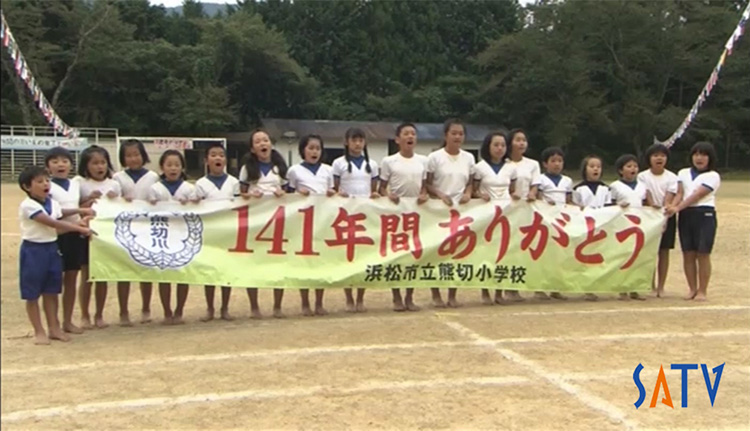 A Tiny Elementary School In The Mountains

Presently Japanese schools have a variety of problems such as bullying, class disruption and the country’s declining birth rate.
Therefore, the justification for the existence of some schools and teachers is now being questioned.
Despite this, teachers at Kumakiri elementary school say, “We are ha... 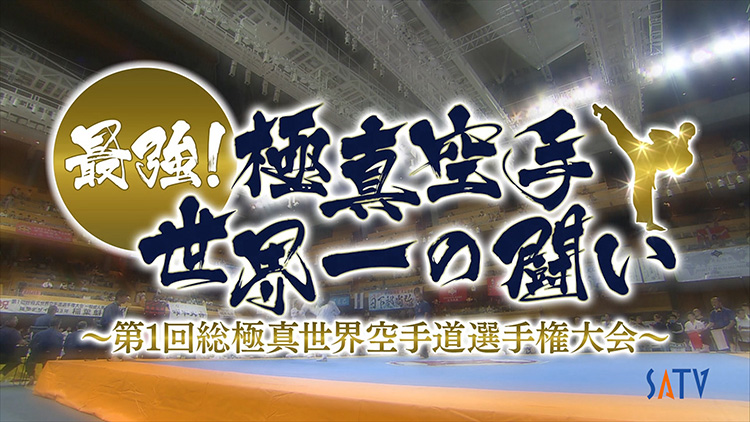 A Tournament To Become The Champion Of The Strongest Karate Style, Kyokushin Karate!

This is a documentary featuring young karate practitioners who compete in the So-Kyokushin World Championship.

Program Content:
Kyokushin Karate is known as the strongest style of karate.
Its founder, the late Mr. Masutatsu Oyama who was called “The Godhand”, spread karate throughout the world.... 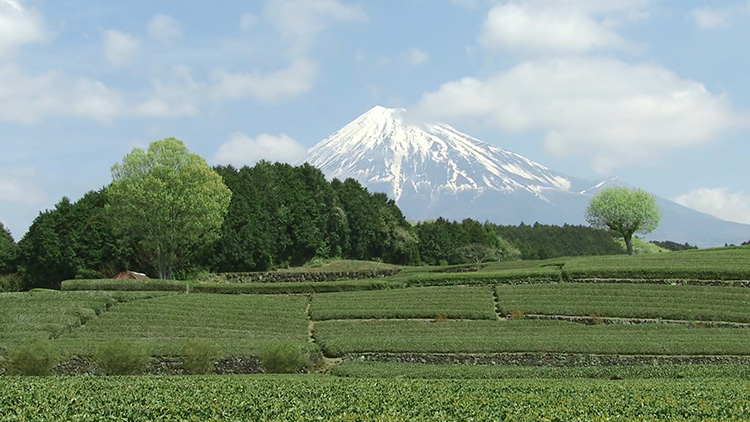 This documentary focuses on green tea from Shizuoka.
Shizuoka produces and consumes the most amount of green tea in Japan.
Today, the green tea industry in Japan is facing extreme difficulties. The price of tea remains low, tea farmers are aging and it’s hard to find successors. This program intro... 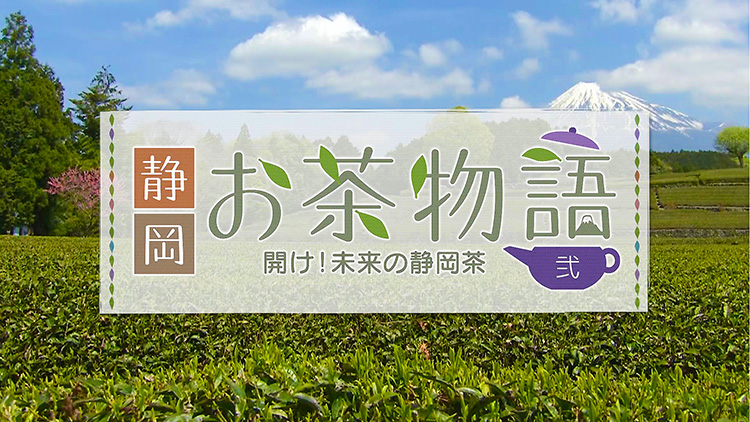 Green Tea Stories From Shizuoka Part2 ~The Future and Beyond~

This documentary focuses on green tea from Shizuoka.
Shizuoka produces and consumes the most amount of green tea in Japan.
Especially in spring, they can enjoy the verdure of tea estate and delicious green tea.
This show follows the charms of green tea, new challenges of tea-making wholesalers an... 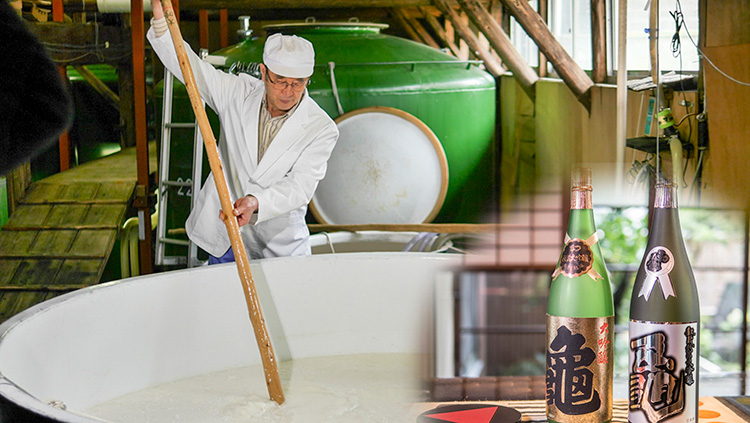 Drinking sake is a trend all over the world.

This TV show focuses on Jizake (local sake) and Ginjo-shu (premium sake).
Shizuoka prefecture, located in the center of Japan, is a beautiful place home to Mount Fuji and the Southern Alps. There, sake rice is grown using water from those mountains. T...