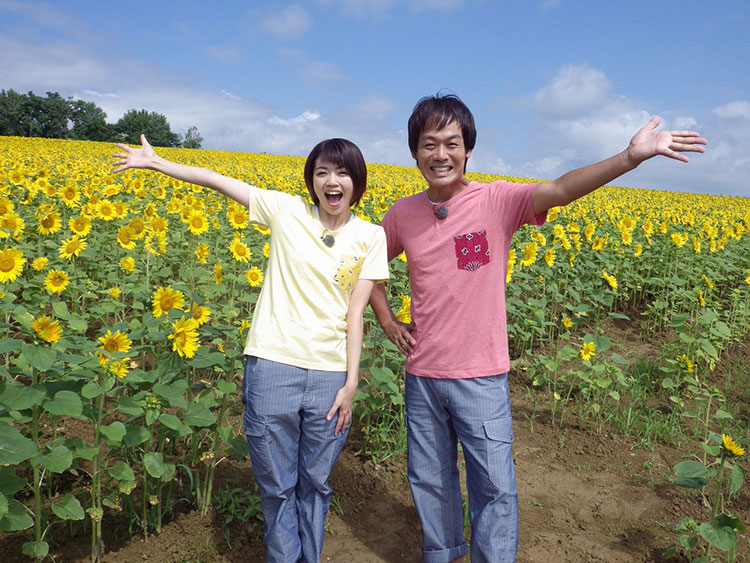 This is a very unique farmers’ show, introducing many agricultural products and dishes from Hokkaido, the largest farming area in Japan. As Hokkaido is the largest agricultural area in Japan, there are many kinds of farm produce such as rice, melon, watermelon, asparagus, potato, wheat, etc.

The show is led by two hosts, Mr. Hiroyuki Morisaki, a famous actor and comedian, and Ms. Yuuka Mori, an anchor of HBC. In every episode, the hosts take “agri-kids” to the farmers’ field where they learn and try what farmers do for their quality of life. "Agri-kids" is a group of children learning the agriculture. In most episodes, the group is consisted with children, but in some episodes, high school or college students, international students, or even aged adults join the group. The hosts and "agri-kids" share fun to learn the process of production, as well as experiencing the hard work of farming. We present the latest agricultural technology as well.

The show is aired every Saturday, 5PM in our location, and it has been going since 2008. It had been titled "Hokkaido Agricultural Paradise with Hiroyuki Morisaki" by March 2016, then we renewed the title to "Hokkaido Agricultural Paradise Next" in Apirl. The entire episodes are more than 416, and some were aired in Taiwan, Thailand, and Hong Kong. Especially in Hong Kong, RTHK（香港電台網站）, the public broadcaster, has acquired close to half of the entire epsisodes, and they are broadcasting on regular basis with Cantonese. 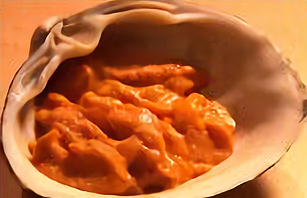 Amazing Foods, how they are made?

As Hokkaido is called "a rich repository of ingredients," there are variety of food products introduced in this series. Some of them are said to be some of the best in Japan, but little known. Throughout this series, we present some very high quality foods and in... 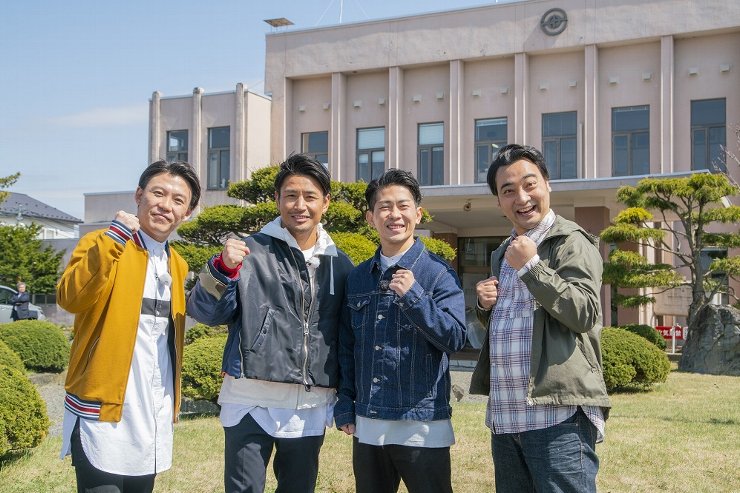 This is a reality show featuring tug-of-war, fighting according to the regional rule developed in Atsuma Town, where severely damaged by the earthquake in 2018. Townsmen of Atsuma challenge against the championship team from Tomakomai City. The town tries to win the TV broadcasting rights for thei... 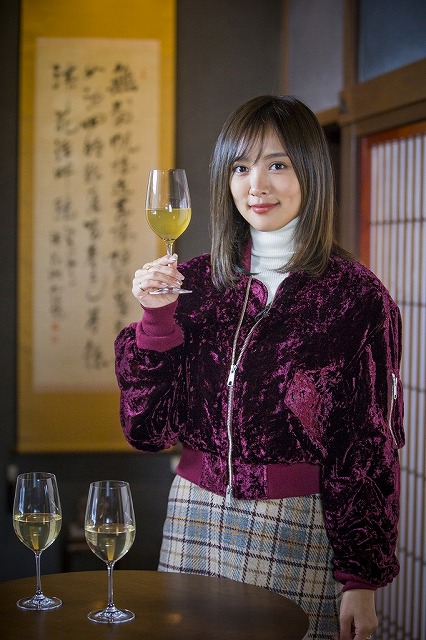 This is an amazing food documentary to show thousand-year history of soup stock. The soup stock is the fundamental essence in Japanese dishes, and kombuor sea kelp, harvested in the northern sea of Hokkaido is known as the best ingredient for the stock. Now a days, the sea kelp is used not only for ... 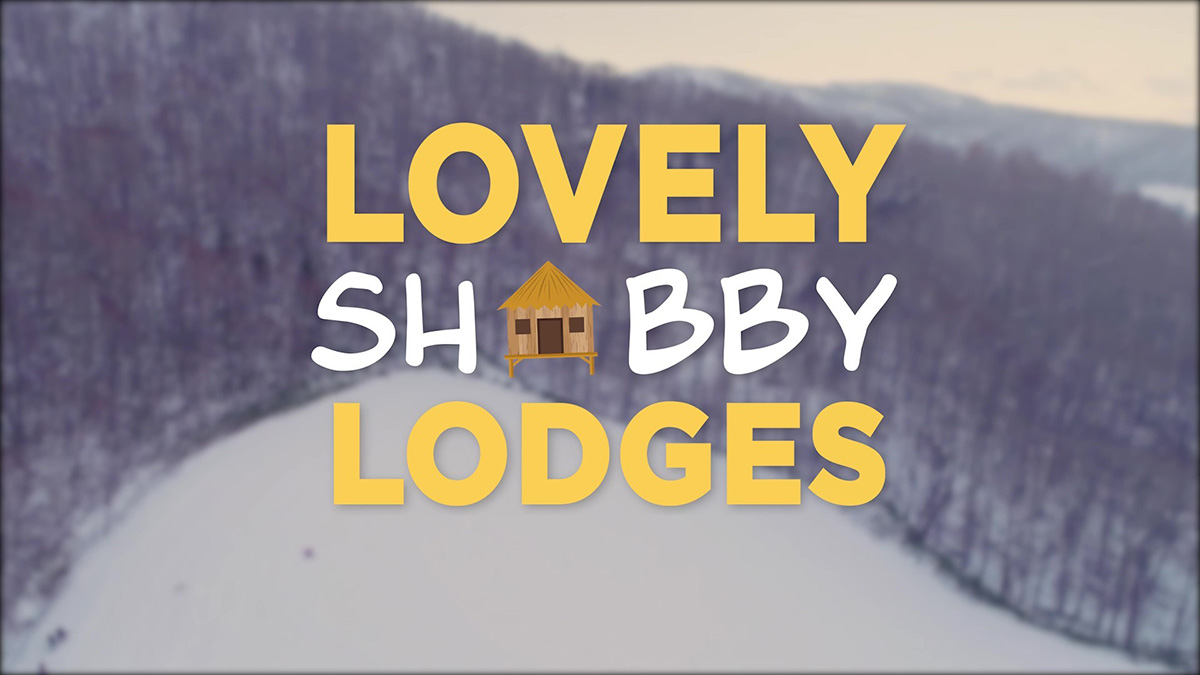 Travelogue show to explore unique and eccentric accommodations located in far remote areas of Japan. These lodges are shabby and run-down looking but fully booked by tourists almost all the time. We explore why these odd lodges are loved so much. Three accommodations in different locations are fe... 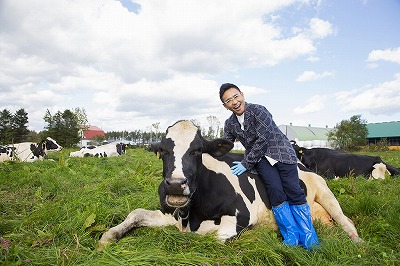 MY SECOND HOME IN HOKKAIDO

A heartwarming documentary to show how people connect the hearts between rural and urban.
Tokachi, eastern Hokkaido, is known as Japan’s largest farming area producing wealthy agricultural, dairy, and husbandry items. In this decade, farmers in Tokachi have been hosting more than 20,000 ... Food and travel show starring Mr. Rui Yoshid, a haiku poet and a nation widely known food writer. In each episode, Yoshida picks one area in Hokkaido and visit their taking HBC anchor person. His destination can be a small and remote town, as well as well-known populated city. Once he gets there, he... 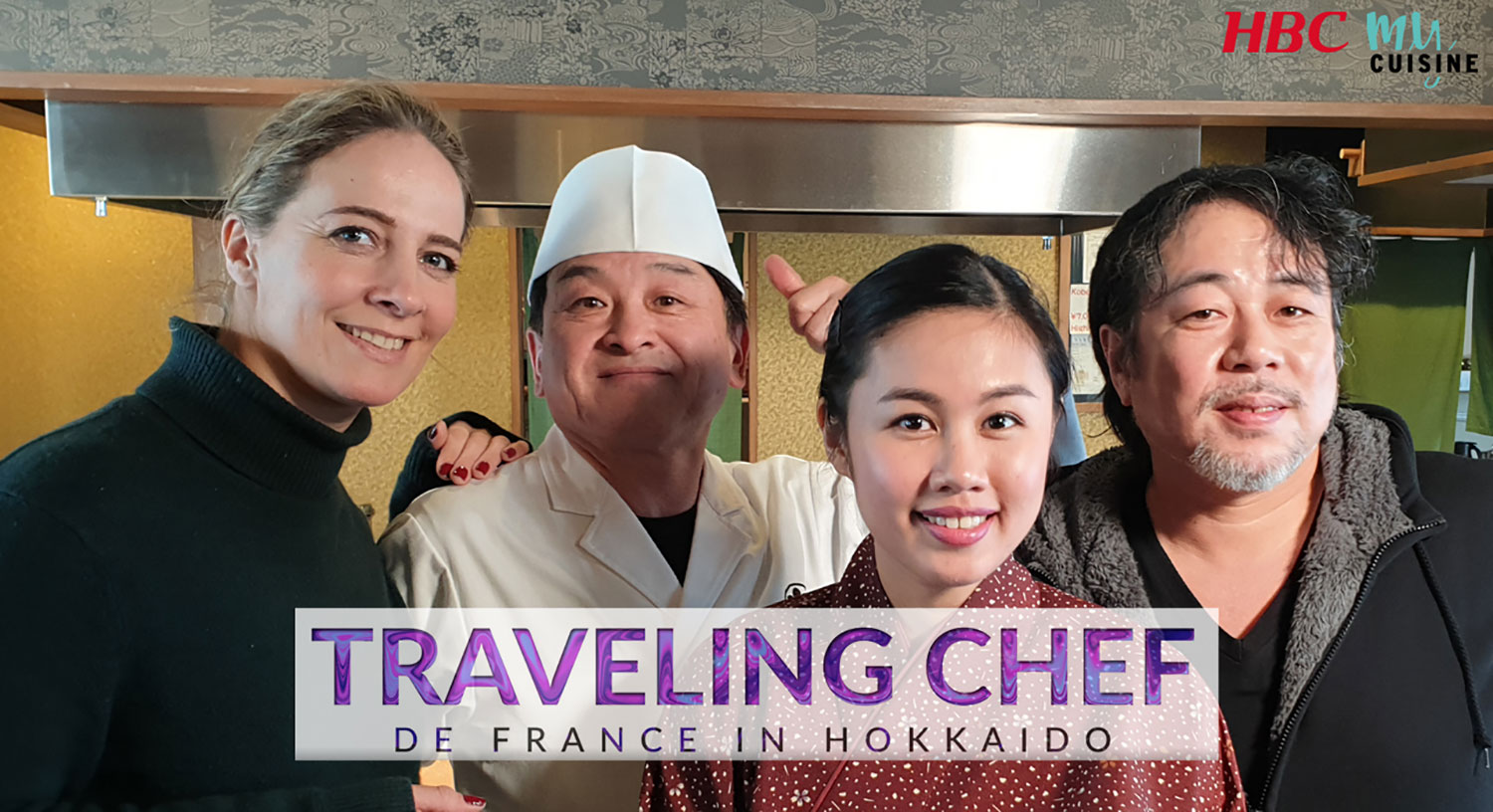 This series is very unique Food Traveling Show with famous French Chef Amandine Chaignot. She introduces delicious food in Hokkaido, Japan, such as Wagyu Beef, Seafood, Kombu. And she try to collaborate with local Chef living in Hokkaido and make some dishes in Japanese traditional way. This program...